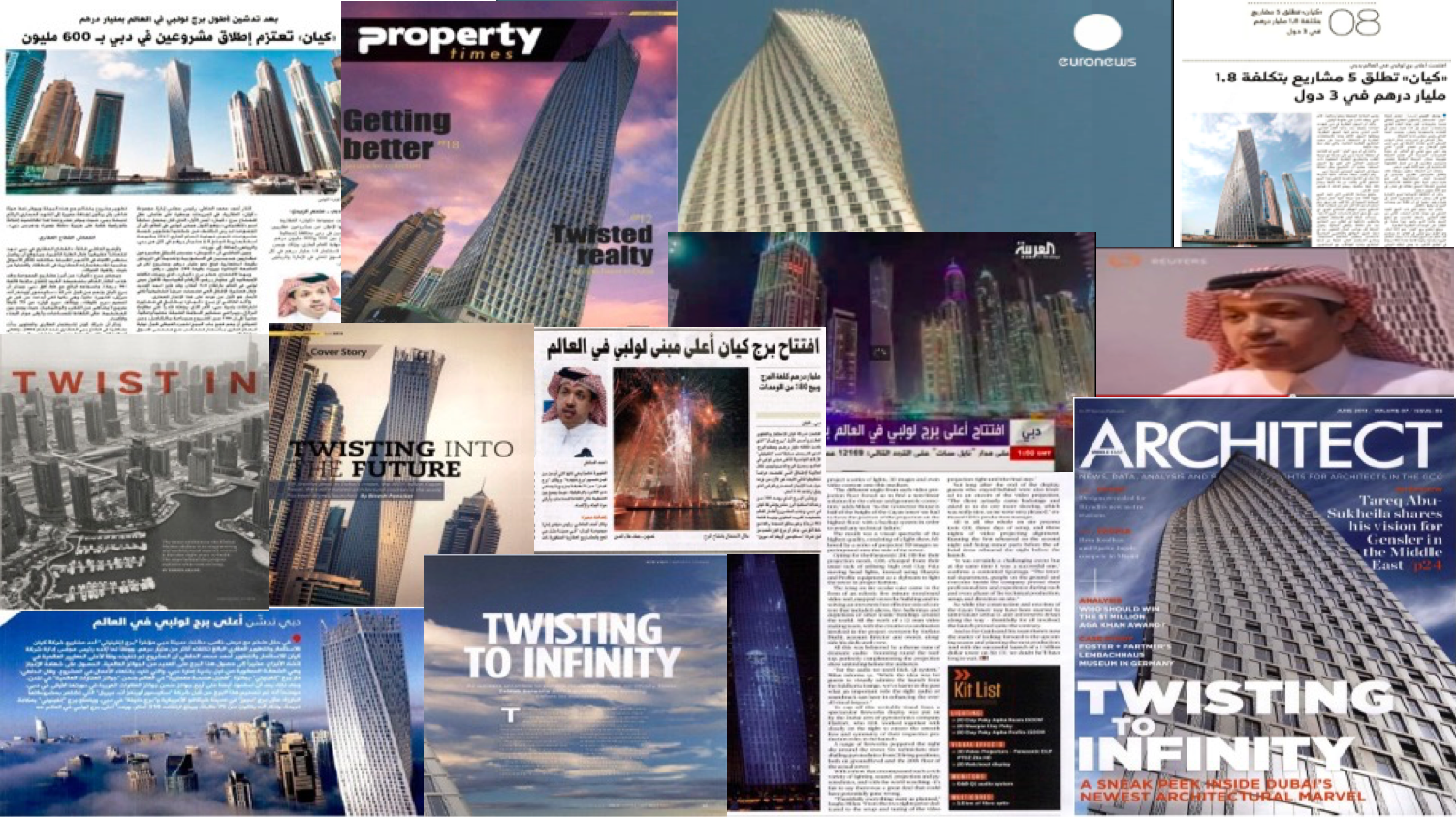 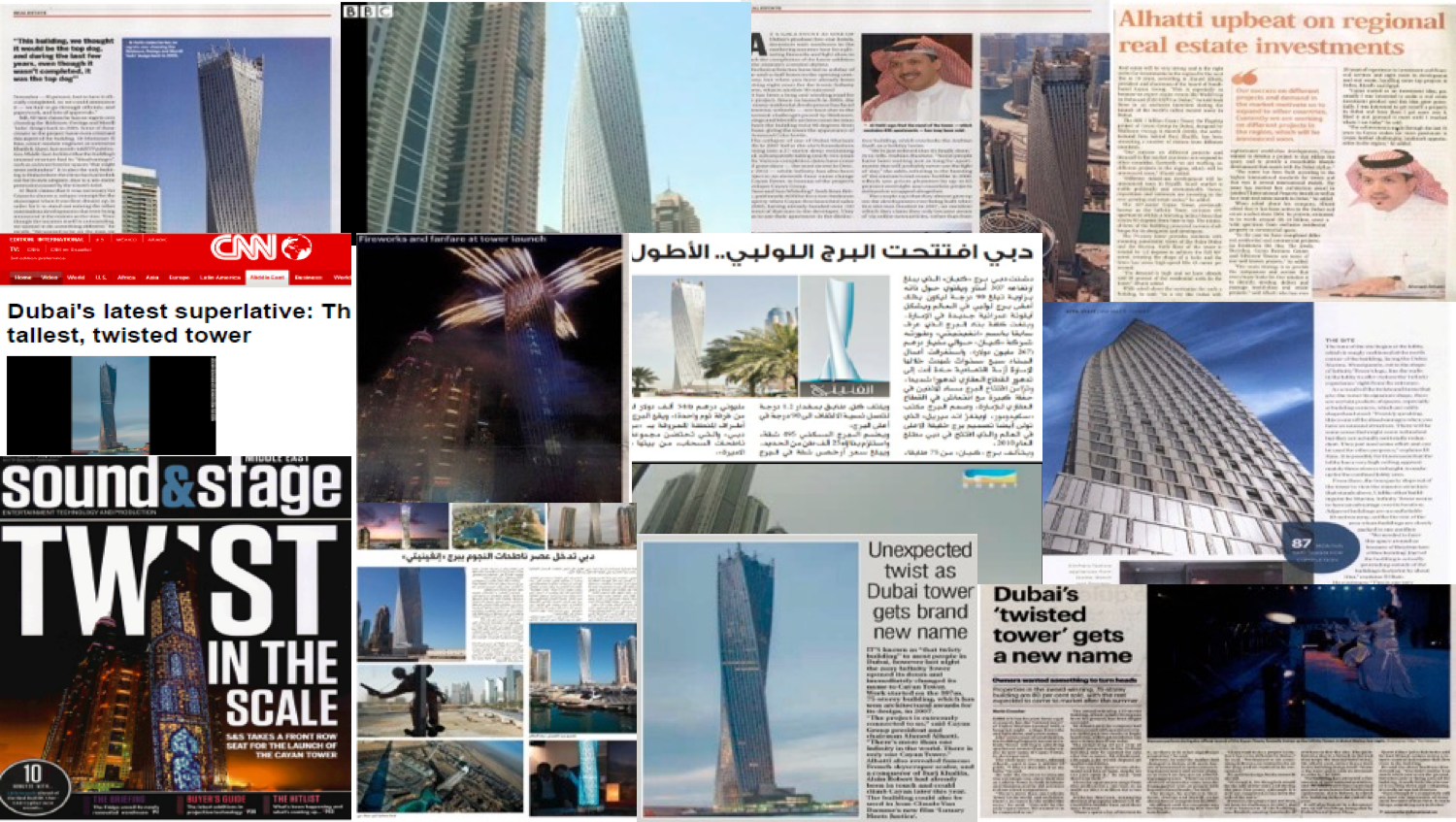 Fekra team was responsible for organizing the press conference to announce the launch of the new tower. We had full media attendance from top tier media – print, TV, radio and online attending the conference and launch event. Media interview was organized with Cayan chairman during the event. Fekra also coordinated with media guided tours and filming of the tower from inside. Full media coverage was generated for months to follow. Tower was featured on Reuters, CNN, MBC, Euronews and others.